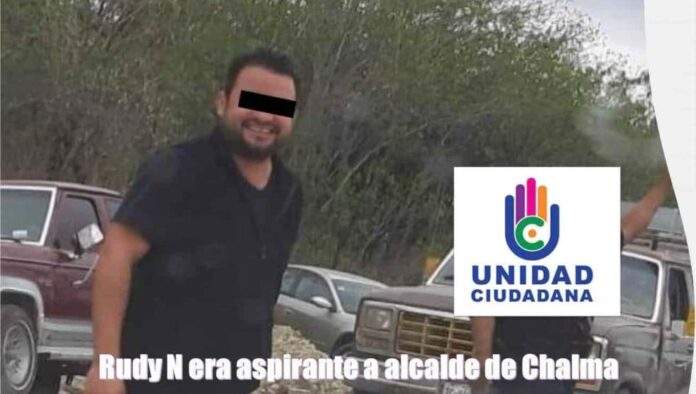 Veracruz; Rudy Montaño is one of the four detainees in San Luis Potosí related to the murder of the businessman. He was a candidate for the municipal presidency of Chalma

Rudy Montaño, who aspired to the mayor of Chalma ( municipality of the north of Veracruz ), is one of four arrested for the murder of Julio Cesar Perez Galindo, president of the Coparmex in the state of San Luis Potosi.

Pérez Galindo was shot dead on March 1 outside a vulcanizer in the capital of Potosí. The attack, witnessed by one of his daughters, was condemned by the business sector and family members who held marches in that state.

Around 8:00 p.m. on the same Monday, according to the prosecutor Federico Garza Herrera, four people were captured in Ciudad Valles, when they were manning a truck with characteristics similar to the one used by the assassins of the president of Coparmex.

The detainees were identified as 34-year-old Ramiro “N”, 31-year-old Abel “N” and 36-year-old Nicolás “N” and 34-year-old Rudy “N”, the latter candidate for the municipal presidency of Chalma by the party. newly created in Veracruz, Unidad Ciudadana .

The crew of the truck was seized drugs and two firearms, which coincided with the ballistic evidence found at the scene of the crime and in the autopsy performed on Julio César Pérez.

According to the San Luis Potosí Attorney General’s Office, Rudy Montaño and the other three men will be charged before a judge for the crime of intentional homicide, for their alleged material authorship.

The detainee today promoted himself on social networks with the slogan “Grupo R, towards a transformation” and shared publications from a Facebook group called Unidad Ciudadana Chalma, where he encouraged his colleagues to continue working for that demarcation.

Francisco Hernández Toriz, secretary-general of Unidad Ciudadana, assured that Montaño is not an active militant, although he also acknowledged that he is a candidate for mayor for the municipality of Chalma. The party, he said, will issue a position in the next few hours.

Toriz added that although they will respect Rudy Montaño’s presumption of innocence, he would also be disqualified from the internal process if the judge decides to link him to the process. “We will not overlap any act outside the law,” he said.

The crew of the truck was seized drugs and two firearms, which coincided with the ballistic evidence found at the scene of the crime and in the autopsy performed on Julio César Pérez.