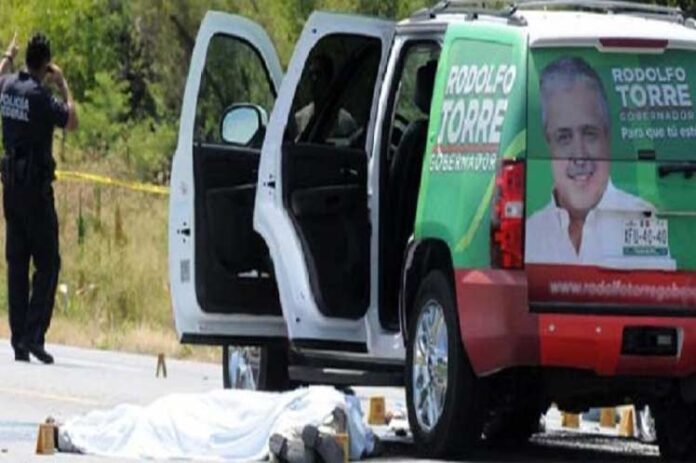 According to the consulting firm Etellek, in the last semester there have been 205 attacks against politicians; Veracruz is the entity that reports the highest number of attacks.

José Melquiades Vázquez, known as the ‘Pantera’, was assassinated outside the Municipal Palace of Mariano Escobedo, in Veracruz. The candidate for the municipality of La Perla, died violently just six months after his son was also murdered. The murder of both politicians is part of a list of candidates and politicians killed since last September 7, when the electoral process started.

According to the consulting firm Etellek, in the last semester 14 applicants and 41 politicians have been assassinated, in a wave of violence that not even the pandemic has been able to stop and where politicians, mostly local, have been victims of threats, kidnapping, attempted of homicide, robbery with violence, injuries, and intentional homicide.

Rubén Salazar, director of the consulting firm Etellekt, explained that, so far, the 2017-2018 electoral process has been the most violent in the history of Mexico, since 774 attacks were registered, where 152 politicians were assassinated. And in his perspective, the current one – although it will be shorter since the elections will be held in June and not in July – is expected to present a resurgence of violence, especially in the coming weeks.

“Violence tends to increase during campaign times, this election year in April and May. This happened in the 2018 process, in April more than 33 politicians were assassinated and in May 30 ”, he warned in an interview.

Violence against politicians is a problem identified by President Andrés Manuel López Obrador. On his tour of Zacatecas at the end of February, the federal president offered protection to the flag bearers so that they would not allow themselves to be threatened or persuaded by members of organized crime or “white collar”.

“If the municipal president of a town arrives for organized crime or white-collar crime, he will be a wimp, a puppet, an employee from whom he gave the money for that candidate to buy the votes, traffic with the poverty of the people and come to office not to serve the people, but to serve these groups of vested interests, “the president said to the governor of Zacatecas, Alejandro Tello.

The day later, the federal government launched a strategy to protect the more than 21,000 candidates who will compete for a popularly elected office on June 6, which includes setting up work tables and strengthening security in high-risk states and municipalities. , to avoid threats, intimidation, or co-optation of organized crime.

During the presentation of the strategy, Secretary Rosa Icela reported that, according to official figures, in the pre-campaign period, 64 politicians were assassinated.

In addition to what the authorities have expressed, there are studies in which violence has been documented. The report Political Violence in Mexico, carried out by Integralia, lists 90 incidents of political violence that have left 108 victims in Mexico, including municipal officials, candidates for popularly elected positions, former municipal presidents, party leaders, and legislators.

“A good part of the incidents are carried out by members of organized crime who seek to collude, who seek to collude or control local governments to control illicit markets such as huachicoleo, drug trafficking, extortion,” their report refers.

Regarding this environment, Víctor Antonio Hernández Huerta, visiting professor at the Center for Economic Research and Teaching (CIDE), refers that homicides are not related to closed or competitive elections, but that data from past elections show that they are linked to the presence organized crime organizations and the level of criminal violence in each municipality.

“The murders of candidates are rather related to the activities of criminal organizations in the municipalities where the murders occurred,” says the expert in his text, Candidates murdered in Mexico, electoral competition or criminal violence?

Rubén Salazar explained that so far no direct correlation has been found between attacks on politicians with the levels of violence in the states where they have been murdered.

Violence in the states

So far in the current electoral process, Veracruz – which will have elections for deputies and municipal presidencies – is the entity that reports the most aggressions, with 41, but its homicide rate per 100,000 inhabitants was 17.1 in 2020 when the national average is 27.

Rubén Salazar explained that the attacks against politicians are multifactorial, that is, they cannot be attributed only to organized crime, because it also comes from political opponents who do not want to leave office.

“There are motives both political and criminal, personal, but also the problem is that historically 80% of the cases have gone unpunished,” he said.

Violence against politicians has preferences: 80% of the victims are politicians in opposition to the current government.

“8 out of 10 victims of attacks belong to opposition parties in relation to the governors, so there is a greater risk to be a politician if you are an opponent in central and southern states of the country,” he said