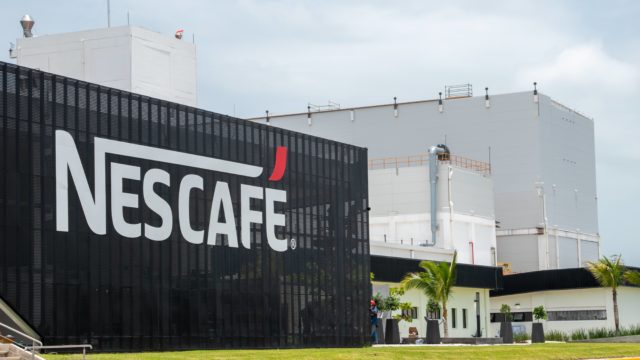 The factory has the capacity to produce an additional 40,000 tons of green coffee per year, making Mexico the largest producer for Nestlé in the world.

In the first days of his government, in December 2018, President Andrés Manuel López Obrador received the president of Nestlé México, the Brazilian Fausto Costa, at the National Palace. The topic of the conversation focused on one goal: building in Mexico the new factory that Nescafé had planned to expand its installed global production capacity.

In that meeting, the director of Nestlé Mexico informed President López Obrador that the company was analyzing two possible locations for its new Nescafé soluble coffee processing plant: Brazil and Mexico. The president’s immediate response was: “Well, Mexico and help us (so that the plant is built in the country)”. And the factory stayed on Mexican soil.

It was thus that the new Nescafé processing plant reached the community of Santa Rita, municipality of Veracruz, where the state and municipal governments set up the administrative scaffolding to facilitate the procedures and make an investment flow that to date totals 340 million of dollars for the construction of the factory, which has generated 12,000 direct and indirect jobs .

Three years and seven months after that meeting between President López Obrador and the CEO of Nestlé México in the National Palace, the new Nescafé factory was inaugurated on July 16 at an event in which the Brazilian Fausto Costa assured that the company will invest 50% more in this six-year term than in all the previous ones, an announcement that drew applause from the president of Mexico.

The new Nescafé factory will have an installed capacity to produce an additional 40,000 tons of green coffee per year of the Robusta and Arabica varieties, mostly from Mexican coffee growers. With this, Nestlé not only endorses its confidence to invest in Mexico, but the country becomes the largest producer of coffee for the company in the world, above Brazil and Vietnam, the two largest producers globally.

For Fausto Costa, president of Nestlé Mexico, the new Nescafé factory represents “a new stage for Mexican coffee. Thanks to this factory, the purchase of green coffee from farmers in the country will increase by 50% in the next 3 years and not only this, with the start of operations of this coffee producing center, Mexico becomes the main supplier for Nestlé in the world”.

The construction represented the generation of 12,000 indirect jobs and its operations will demand 1,200 jobs, of which 50% will be women, thus making this Nestlé plant the first in which women participate in all coffee manufacturing processes. .

The new Nescafé factory, which is number 18 for Nestlé in Mexico, has technological innovations that range from the incorporation of artificial intelligence in the production processes, the treatment of 100% of the water, to a biomass boiler where the biological waste from the coffee process that is used to generate the energy that represents 70% of the consumption that is required for the generation of water vapor that is used throughout the process.

During his inaugural speech, director Fausto Costa remarked that Nestlé invests in the country “because we trust in the future of Mexico, because we know that it is a country that has enormous potential (…) in addition to being a stable economy, where we have more than 14 trade agreements with the largest trading blocks in the world and that allows us to be a company that can do business and export to all those countries”.

“So, Mr. President, we have enormous confidence in Mexico, and I can assure and promise here that in this six-year term we are going to invest 50% more than in previous six-year terms in our country,” said Fausto Costa. That the director of Nestlé Mexico, being Brazilian, said “our country”, deserved a comment from President López Obrador: “we take him at his word, because Fausto is from Brazil, but we already consider him Mexican.”