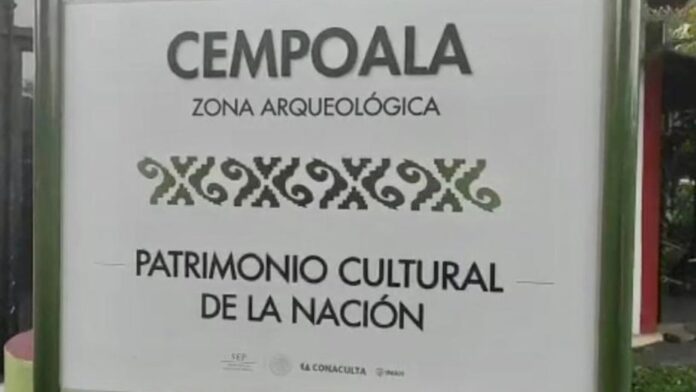 Due to the Covid-19 pandemic, these places have been closed since March 24 of last year

Tourist guides asked the federal government to reopen the archaeological zones in the state of Veracruz, to reactivate the economy for the benefit of the families that depend directly on said sector.

The workers of the branch requested the entrance of tourists to the historical monuments of Cempoala, municipality of Úrsulo Galván; El Tajín, in Papantla; and San Juan de Ulúa, in the port of Veracruz.

According to the tourist guide in Cempoala, Humberto Zendejas Caro, who is also a representative of artisans, the workers are concerned about the restrictions that continue to be applied in the entity, derived from the SARS- COV- 2 ( COVID-19 ) pandemic.

This archaeological zone has been closed since March 24 of last year, where a group of 24 artisans reported economic losses of 80 percent, being on the verge of bankruptcy.

“Sales have dropped to a too large scale and it has damaged the tourism sector,” says the resident of the municipality of Úrsulo Galván.

They ask to reopen and comply with sanitary measures

The pyramids of Cempoala are in an area of ​​7.5 hectares, where six tourist guides work, whose families depend totally on their activity.

“Last year on March 21, we still managed to work on it, although we did not work to a hundred, we were still able to rescue something. From there we lost the Easter holiday season, then the summer and winter holidays,” emphasized the interviewee.

Workers in the tourism sector are willing to respect a capacity of 30 percent, to respect sanitary measures, even if it is open spaces.

“Following the security protocol that the Ministry of Health requests, I think it would be very viable for the place to open, why? Because in this way the local and state economic part is reactivated,” added Zendejas Caro.

It should be remembered that the state of Veracruz is under a yellow epidemiological traffic light, with a medium risk of contagion, with 55,330 positive cases accumulated in 209 of the 212 municipalities; 8,114 deaths and 11,031 suspected cases.