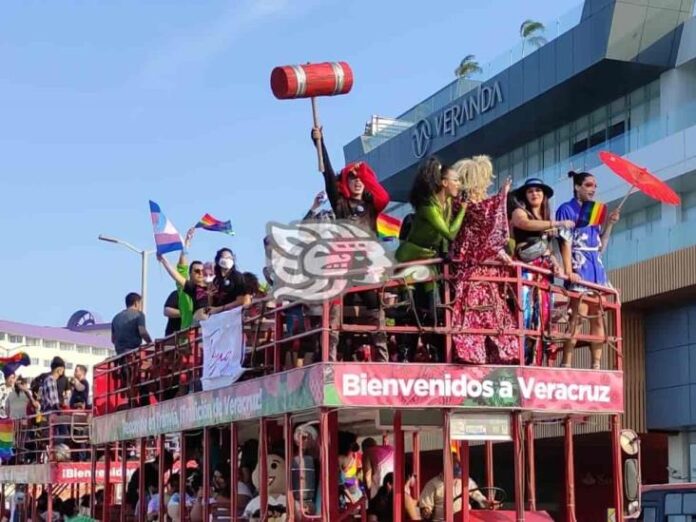 Members of the LGBT community took to the streets of Veracruz to call for a stop to violence, transphobia and hate crimes.

On skates, bicycle, bus, private vehicles, or on foot, this Sunday members of the LGBTQ community held caravans in various municipalities of Veracruz to commemorate the International Day  Against Homophobia, established on May 17; Among the demands, an end to violence, transphobia and hate crimes was called for.

With the mobile caravan, the members demanded that the authorities and candidates for popularly elected positions address the libertarian agenda of the LGBT community.

In addition, they requested that equal marriage be approved in the state, which is already in force in 21 states of the country, and that the crime of hate crimes be classified. Veracruz has a record of seven hate crimes so far this year.

The caravan traveled along Manuel Ávila Camacho Boulevard, in the municipalities of Veracruz and Boca del Río; Similar mobilizations were also carried out in Xalapa, Coatzacoalcos, Córdoba and Orizaba.

From 4:30 in the afternoon those summoned began to arrive and it was until almost 6 pm when a double-decker bus and two tourist trams full of men and women belonging to said community began their march in the caravan that was followed by another 15 or a little more, cars with motives of the movement and people dressed according to the occasion.