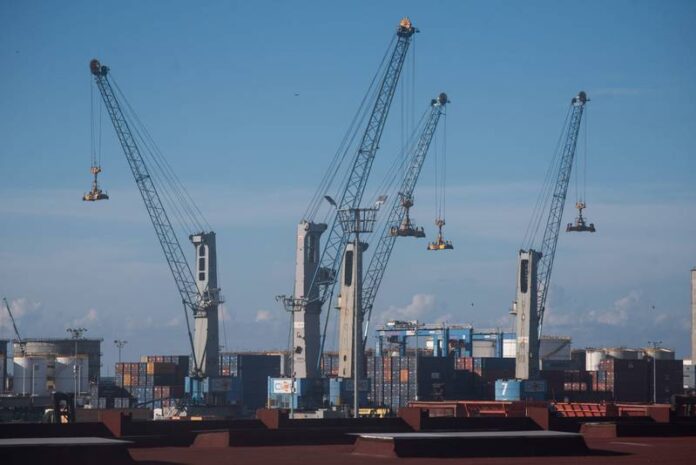 Half of this flow comes from the port of Veracruz

The southeast of the country was the region that received the least Foreign Direct Investment (FDI) during the first quarter of 2021, by capturing the amount of 1.189 billion dollars, according to preliminary figures published by the Ministry of Economy.

In this way, the southeast region of Mexico only captured 10 percent of the total FDI that entered the country between January and March 2021, a percentage well below what the north of the country received (36.7 percent), the central region (25.9), and the western region (27.4).

Half of these foreign flows reached Veracruz, since the port of Jarocho registered the entry of 586 million dollars, of which 55.5 percent were classified as reinvestment of profits, 31.4 percent as accounts between companies, and only 13.1 percent they were new investments.

The areas of greatest interest for foreign investors in Veracruz were manufacturing industries, an area to which 290 million dollars were allocated, although mining (mainly oil and gas extraction) also had a prominent place, since 138 million dollars were used for this type of activity.

The most attractive businesses for foreign investors vary according to the state, in Chiapas the beverage and tobacco industry prevails; in Oaxaca, the generation, transmission, and distribution of electrical energy; in Tabasco and Campeche oil and gas extraction; while in Quintana Roo and Yucatán financial and insurance services stand out.

At the beginning of the year, President Andrés Manuel López Obrador recommended foreign investors to invest in southeastern Mexico since it is a region with many advantages, among which is ‘the abundance of water.

He added that the southeast area is very attractive to invest in since through the Gulf of Mexico you could have access to the east coast of the United States.

“We are doing our entire relationship with the United States only through the northern border, most of the commercial exchange occurs in the northern states, but it could advance to states of the American Union from the southeast (of Mexico) by sea”, he indicated.

In this same sense, Luis de la Calle, general director of the consulting firm De la Calle, Madrazo, Mancera, pointed out that the Government of Mexico should promote this idea more and that it should try to convince President Joe Biden to create this commercial link.

“You have to convince him to have a logistics corridor that allows exports from Chiapas, Oaxaca, Guerrero, and Central American countries to the largest economy in the United States, which is its east coast, this would become an important lever for development”, He said.

The expert pointed out that the coast of Guerrero and Oaxaca have fertile water and land, which gives them enormous export potential to the United States, mainly in citrus fruits, bananas, and livestock products, such as pork and beef.

“Through maritime connections between Coatzacoalcos-Alabama and Yucatán-Florida, we could put Soconusco, south of Chiapas, 72 hours from the largest market in the world, which is New York, once installed we could sell octopus, shrimp and an infinity of fish and shellfish ”, he pointed out.

During the pandemic year of 2020, the southeastern region of the country only received 8 percent of the total FDI that entered the country, with an amount of 2.325 billion dollars, according to preliminary data from the Economy.

When Does DST Start and End in Mexico?