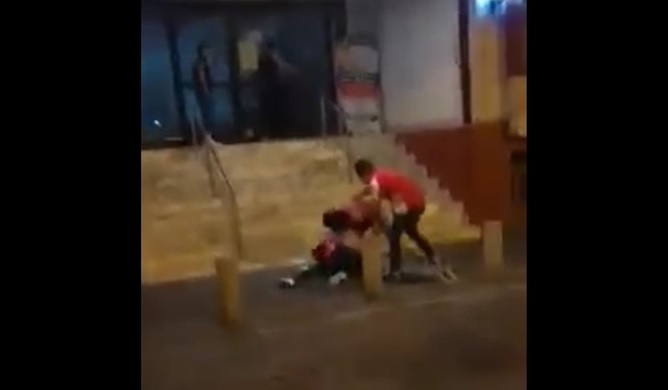 At the entrance to the María Victoria hotel, behind the Government Palace in Xalapa, Veracruz, a man was recorded while he beats up a woman.

First reports indicate that the events were recorded during the early morning hours of Tuesday, May 25th, on Ignacio Zaragoza Street in the heart of the capital of Veracruz.

Three young men who were walking on that street noticed the attack and managed to record how the man brutally beats up the woman; the video was shared on social networks.

In the footage, it is seen when the aggressor hits the girl lying on the ground with his fist several times until a third person intervenes and prevents the aggression from continuing.

The man was identified as Carlos ‘N’, who at the time of the attack was apparently under the influence of alcohol, for which he was detained by police officers.

According to the police report, the woman was taken to a hospital to receive medical and psychological attention.