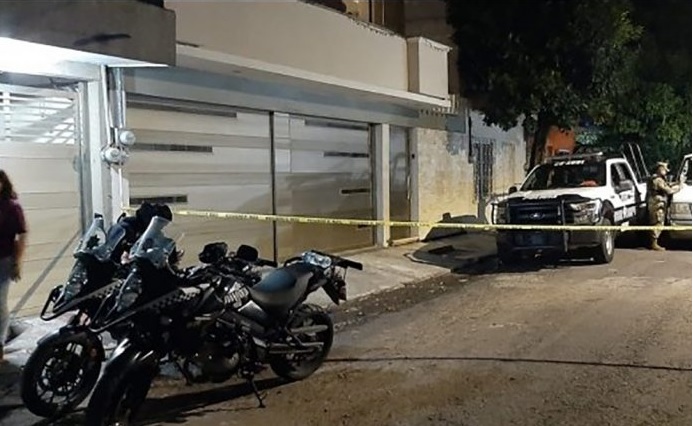 Veracruz, Mexico.- A man who has a serious problem of schizophrenia, murdered her grandmother while she was resting inside her own home located in the Primero de Mayo neighborhood in the port of Veracruz.

According to the data collected, the fatal incident took place in the Callejón Suárez Centeno between Orizaba and Genaro Rojas, where the police and rescue corporations arrived.

Relatives of the alleged murderer requested help from the 911 emergency number after noticing the brutal attack, they tried to help the woman and calm her grandson.

They reported that the murderer suffered a sudden attack of schizophrenia, which made him out of his mind, so he entered the bedroom where his 85-year-old grandmother was resting.

The man began to stab her repeatedly, so her family, upon noticing the situation, stopped and subdued the murderer.

Paramedics from the Red Cross arrived on site to provide first aid to the victim, but unfortunately they could do nothing to save her.

Agents of the Ministry of Public Security also arrived on site after confirming her death to cordon off the area, while members of the Ministerial Police detained the grandson to determine what was found.

Personnel from the department of expert services carried out the corresponding investigations in the house to remove the body, while the evidence found will be presented to the judicial authorities during the next few hours to determine the murderer’s legal situation.

Veracruz: one of the most intensely deforested states in Mexico