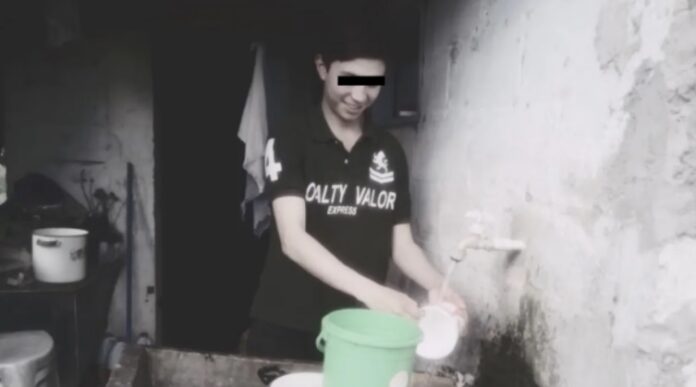 Is Merida still the safest state capital in Mexico? Facts say it is not…

Mérida, Yucatán, (August 07, 2021).- María Ravelo Echeverría, the mother of young José Ravelo, who was known as “El Güero”, demanded justice from the authorities to clarify the alleged murder of her son, who had been “picked up” by agents of the Mérida Municipal Police (PMM ), who subsequently beat him up, sexually abused and then murdered him.

The woman, who came from Veracruz after learning what had happened to her son, asked that those responsible for these events be punished, as she assured that her son was a victim of abuse by the municipal police, who allegedly detained him for no reason in the San Juan park.

“They did so much damage to my son that his organs collapsed, leading to respiratory failure and death. Officially, he died of organic obstruction syndrome and multiple trauma. And no authority has even come close to offering me condolences. There is no respect for the pain of a mother ”, she denounced through tears in a demonstration that took place on Friday, August 6th in front of the Government Palace.

Accompanied by her other son, she symbolically carried a coffin and demanded punishment for those guilty of José’s death. The body of the young man will be transferred to his native Veracruz.

During the wake that took place this Friday at a funeral home in the municipality of Kanasín, the mother reported that the events occurred on July 21, when José Eduardo was in the center of Mérida, where he was detained by agents of the Municipal Police, that they interrogated him for “looking suspicious”, despite the fact that he told them he was going to a job interview.

However, the agents put the 23-year-old on a patrol and he was no longer heard from until the next day when he contacted his mother, who lives in Veracruz.

The young man told his mother that he was beaten and sexually abused by the officers themselves, which caused severe physical damage, and died a few days later.

The deceased’s mother stated:
“I arrived on Saturday, July 24th. I met my son and told him to go to the Prosecutor’s Office to report the incident. Then they passed him on to the forensic doctor and there they told him that his health condition was serious, that he had to be taken to the hospital to be admitted immediately, so I took José Eduardo to the O’Horán hospital, where he finally died”.

The body was handed over to the mother, who, with the support of several people, was able to watch over José Eduardo at a funeral home in the municipality of Kanasín, Yucatan.

According to the hospital doctor, the man had damaged kidneys, there was blood in a lung and had brain damage, the mother denounces.

María accuses that her son was beaten to death by the police, assuring with tears in her eyes “I never imagined that I was going to take my dead son with me.”

Although José Eduardo managed to report the events before he died, it is still not clear to which corporation the alleged aggressors belonged, that is, it is unknown if the acts that caused his death were caused by elements of the Municipal Police of Mérida or the Secretariat of Public Security (SSP).