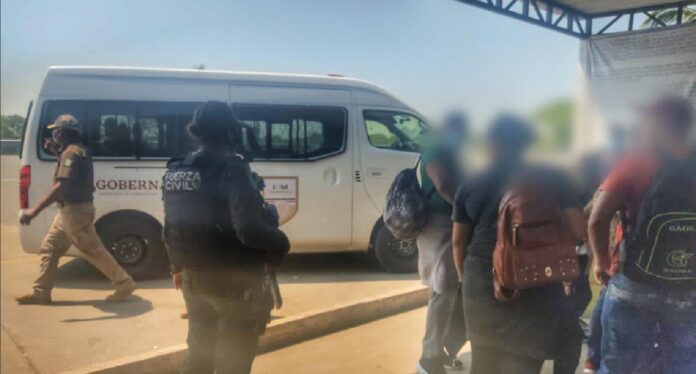 The security forces of the Mexican state of Veracruz (east) have detained 71 migrants located in the municipality of Los Tuxtla. Likewise, five alleged human traffickers have been arrested and four vehicles have been seized.

The migrants come from Angola, Brazil, Chile, France, Haiti, Guatemala, El Salvador, Nicaragua, and Honduras, and among them, there are minors up to twelve years of age, according to the Mexican newspaper ‘Milenio’.

Members of the State Police and Civil Force in coordination with the National Guard, Tabasco State Police, and the National Migration Institute (INM) detained the 71 migrants located in the municipalities of Agua Dulce, Ángel R. Cabada, Cosoleacaque, Las Choapas, Moloacán and Texistepec.

All of them have received food and medical attention and have been transferred to the INM delegation to define their legal situation in Mexico.