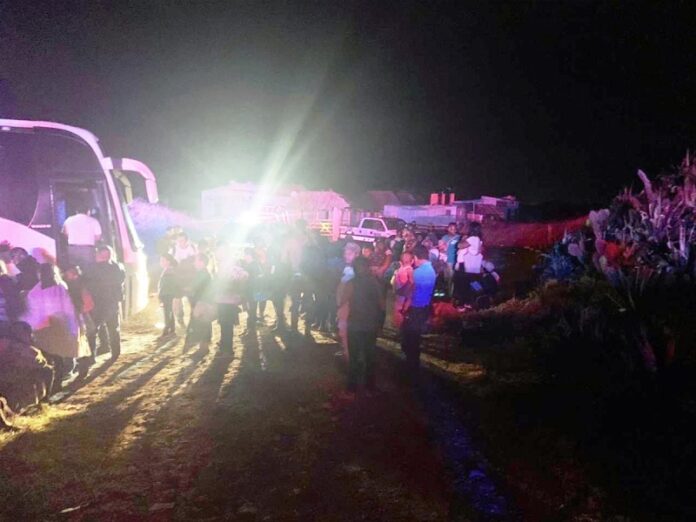 COATZACOALCOS, Mexico (AP) – More than 400 migrants who came crammed into two trucks trying to clandestinely cross the country were detected by authorities on a highway in southern Mexico near the area where two small caravans of migrants are visibly moving. One that was in the state of Veracruz on Friday and another that left Tapachula on Thursday, near the border with Guatemala.

The migrants found in the trucks were taken to the offices of the Criminal Investigation Agency in Coatzacoalcos, in southern Veracruz, where the migrants waited huddled in the yard before being handed over to the National Migration Institute, which generally returns them to their countries.

According to the official, there were minors, pregnant women, and people with illnesses.

The arrests of migrants who travel clandestinely paying traffickers have increased in recent weeks – although many others cross the country daily without being detected – while other foreigners who entered Mexico irregularly walk the roads visibly in caravans with the hope of not having to pay traffickers, traveling in a safer way and attracting the attention of the authorities in order to regularize their situation.