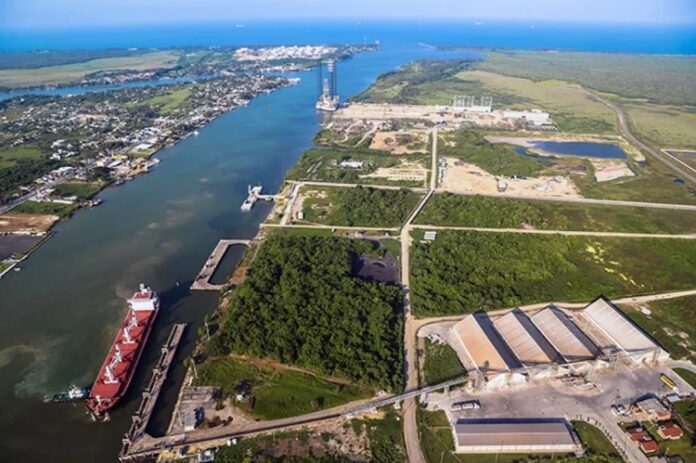 TUXPAN, VERACRUZ.- Monterra Energy said on Tuesday it plans to pursue legal action against Mexico and seek damages of about $667 million for the “unlawful” closure of its Tuxpan fuel imports terminal in the Mexican state of Veracruz for five months.

The Houston, Texas-based private oil company filed a “notice of intent to submit a claim of arbitration,” alleging the closure of its Gulf port was unlawful and discriminatory, and the Mexican government violated provisions of the North American Free Trade Agreement (NAFTA).

“Our preferred course of action is an amicable resolution, but the Mexican government’s actions so far have left us with little choice but to pursue all legal options available,” Arturo Vivar, the company’s chief executive said.

Monterra would not be the first U.S.-based company to seek international legal action against Mexico.

Monterra said its Tuxpan port was forcibly closed “with no legal justification” in September last year after an inspection by Mexico’s energy regulator.

The company added that armed personnel from the Mexican National Guard as well as officials from the country’s safety, energy, and environment regulator were present during the inspection and closure.

Monterra Energy was formed in 2014 by Arturo Vivar and Michael Williams to pursue select investment opportunities in the midstream sector in Mexico. Located in Houston, Texas, with a satellite office in Mexico City, Monterra is distinguished by a proven management team and highly experienced advisory board with success across North and South America in the areas of upstream, midstream, and oilfield services.

The Mexican Energy Reform is drastically changing the landscape for Pemex and will substantially impact how public and private entities will compete in the country’s energy sector. The initial industry focus on the Round One upstream bidding rounds will create a broad spectrum of opportunities in the midstream and infrastructure space, wherein Monterra possesses the experience to create significant value for its stakeholders.