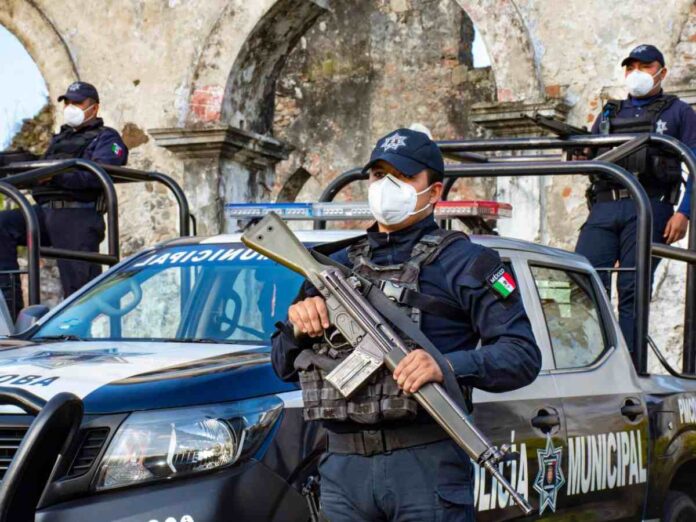 A total of 17 million 395 thousand 84 pesos were allocated to the Fortaseg program, with which weapons, ammunition, equipment, as well as evaluations of new staff were acquired.

More than 57 million pesos has invested the municipal government of Córdoba, Veracruz, headed by the municipal president Leticia López Landero, in the fight against crime and strengthening the public security of the municipality.

Among the donation of the property “El Garbanzal” to the Secretariat of National Defense for the construction of a National Guard barracks, the reconstitution of the municipal police, and the Strengthening Program for the Security of the Municipalities (Fortaseg), the total of public investment in security matters in Córdoba, during 2020, was 57 million 893 thousand 84 pesos.

In this regard, López Landero pointed out that the police elements have the highest standards of preparation in the country, as they constantly receive training courses on issues of basic competencies of the police function, as well as civic justice, human rights, proximity police. with a gender perspective, chain of custody, weapons and police shooting, as well as command training.

For the Fortaseg program, a total of 17 million 395 thousand 84 pesos were allocated, with which weapons, ammunition, equipment, as well as evaluations of new staff were acquired; Initial training courses and evaluations of basic competencies of the function were given for municipal police officers.

For its part, the cost of the property where the National Guard barracks is built was 7 million pesos and it will have tactical work facilities, administrative offices, a sports area for recreation and training.

Finally, regarding the reconstitution of the municipal police, the incorporation of ten female elements stands out, who will be the first to respond to cases of gender violence. This specialized unit is the first of its kind at the state level.

According to information from the municipal government, during the municipal administration, more than 150 million pesos have been allocated for the reconstitution, equipping, and strengthening of the Municipal Police and the security of Córdoba.

López Landero emphasized the importance of professionalizing the entity’s police because “they chose us to give them security and that is vital in our government actions.

Currently, Córdoba has 100 percent of its elements registered in the Official Collective License Number 63, granted by the Secretariat of National Defense, concluded Leticia López Landero.

After the attack, journalists’ associations from Oaxaca and Veracruz demand security from Murat and AMLO