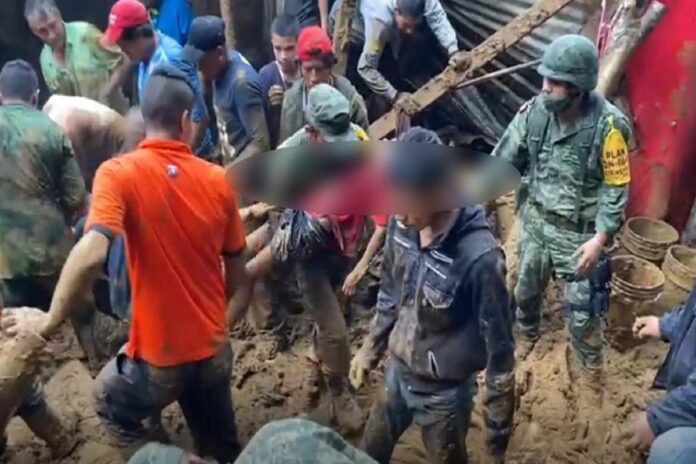 The  Secretariat of National Defense  (Sedena) reported that it rescued a minor alive from a home located in the Loma Bonita neighborhood, Xalapa municipality, Veracruz; property that was affected by a landslide after Hurricane Grace.

The intense rains caused by the impact of the hurricane in Veracruz caused the earth to soften, which caused a mudslide that buried the house in the early hours of this Saturday, August 21.

Upon learning of the event, the military personnel traveled to the scene and, in coordination with the entity’s civil protection authorities, provided assistance and assisted in the search and rescue of trapped persons.

The military managed to rescue the minor who was buried under the mud; likewise, six lifeless bodies were recovered.

Military personnel continues in the affected area, carrying out uninterrupted debris and mud removal activities and cleaning up the area, the Sedena reported in a statement.