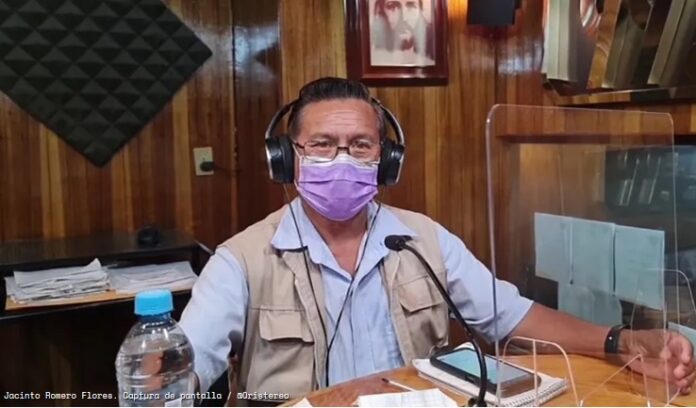 Jacinto Romero Flores received several threats after he reported on allegations of abuses by Veracruz police.

A radio reporter in the Mexican Gulf coast state of Veracruz has been shot and killed, becoming at least the fifth Mexican journalist to be murdered in the country this year.

Jacinto Romero Flores, who covered politics and crime in the municipality of Zongolica, was shot dead in the township of Ixtaczoquitlán on Thursday, August 19th.

Hugo Gutiérrez Maldonado, the head of Veracruz state security agency, said on Twitter that state police were carrying out an operation in the area following the killing.

Romero worked for Ori Stereo 99.3 FM, which released a statement expressing sadness for his death. “There are no words to express the pain and powerlessness we feel after the irreparable loss of our colleague Jacinto Romero Flores,” it said in a statement.

“The media are not the cause nor the effect of violence in the country, but we do suffer the consequences for carrying out journalism and communication,” it said.

According to local media, Romero had received a string of threats after reporting allegations of abuses by local police officers.

The state commission for attention to and protection of journalists condemned the killing and called on the state prosecutor’s office to open a full investigation, including into what role if any Romero’s journalism played in his murder. The press freedom organization Article 19 said Romero had received threats.

The US-based Committee to Protect Journalists said via Twitter that it “strongly condemned the murder of reporter Jacinto Romero in the state of Veracruz and urges authorities to undertake a swift, transparent and exhaustive investigation into the killing”.

Veracruz has for years been one of the most dangerous states for reporters, in a country that is the deadliest in the world for media workers. Last year, Mexico accounted for nearly a third of all journalists killed in the world.