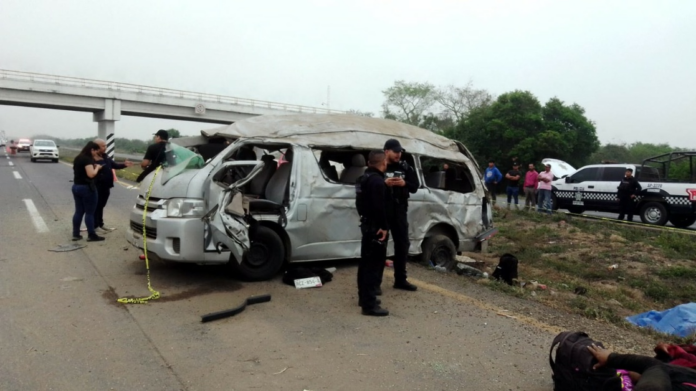 Xalapa, Veracruz. Three Cubans lost their lives and 16 were injured in a car accident that occurred on the La Tinaja-Cosoleacaque 145D highway, south of Veracruz.

According to preliminary reports, the accident occurred at kilometer 089+500, in the area called Herradura de Carlos A. Carrillo, when a van-type unit, in which people of Cuban origin were traveling, overturned and remained in the middle of the central gutter that divides the lanes.

In the accident, three islanders lost their lives and 16 more were injured, including six minors, who were taken to various hospitals in the area.

Personnel from the ministerial police and expert services went to remove the three bodies to the Semefo amphitheater, where they are expected to be formally identified.

Cuban Embassy assists relatives of victims of accident in Veracruz

After the death of three Cuban citizens in a car accident that occurred this Tuesday in the state of Veracruz was announced, the embassy of the Caribbean country indicated that it had already contacted the relatives of the victims to provide them with the necessary help.